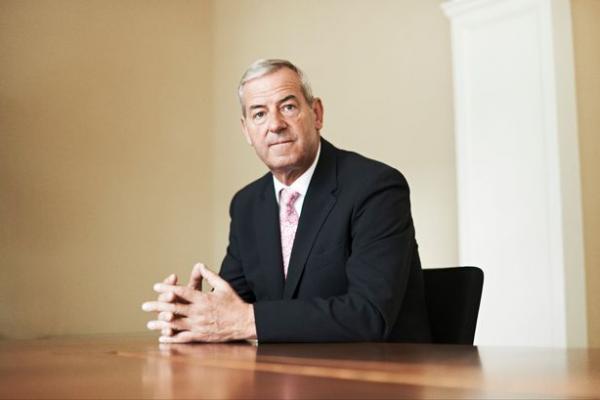 The main focus of the Smith Commission is to decide which powers should be devolved to the Scottish Parliament. Yet, in practice, these powers are held by the Scottish Government and devolved to, or shared with, a large number of governmental, non-governmental and quasi-non-governmental bodies. As a result, no one is quite sure who is responsible for decisions made in the name of the Scottish Parliament. This makes it almost impossible to identify a democratic system in which there are meaningful levels of accountability – either through the ballot box or in our day to day scrutiny of government policy. The Smith process should not just be a means to devolve greater powers. Rather, it should consider how to make sure that, with greater responsibility, comes greater democratic accountability.

Scotland has an apparently simple accountability process: power is concentrated in the hands of ministers, who are accountable to the public through Parliament. This simple picture of ministerial accountability is increasingly misleading. The Scottish Government plays an overarching role in policymaking: it sets a broad strategy and invites a large number of public bodies to carry it out. Ministers devolve most day to day policymaking to civil servants. Most policy is processed in ‘policy communities’, which bring together civil servants, interest groups, and representatives of an extensive public sector landscape, including local, health, police, fire service and other service-specific bodies. This generally takes place out of the public spotlight and often with minimal parliamentary involvement. Indeed, few non-specialists could describe how these bodies interact and where key decisions on Scottish policy are being made.

Further, the Scottish public sector landscape is changing. The Scottish Government has moved from the production of short term targets to long term outcomes measures which go beyond the five-year terms of elected office. It often encourages localism. It has, since 2007, produced a National Performance Framework and rejected the idea that it can, or should, micromanage public sector bodies using performance measures combined with short term targets. Instead, it encourages them to cooperate to produce long term outcomes consistent with the Framework, through vehicles such as Community Planning Partnerships. Further, following its commitment to a ‘decisive shift to prevention’, it has begun to encourage reforms designed to harness greater community and service-user design of public services.

Most of these measures seem appropriate, particularly when they foster decision-making by local actors with greater knowledge of local areas. Yet, they are also troubling, because it is increasingly difficult to know who is responsible for policy outcomes – and, therefore, who or what to hold to account. In the Scottish political system, the Scottish Government processes the vast majority of policy, the Scottish Parliament is generally peripheral to that day-to-day policy process, and the public has limited opportunities for direct influence.

This is important background which should inform the current debate, most of which focuses on more powers and neglects the need for more accountability. The Smith agenda gives us a chance to evaluate the devolution experience so far, and consider what might change if there is further devolution. As far as possible, we should focus on the Scottish political system as a whole, including the relationship between the Scottish Parliament, public participation, the Scottish Government, and a wide range of public sector bodies, most of which are unelected.

Consider, for example, if the system follows its current trajectory, towards a greater reliance on local governance. This development has great potential to undermine traditional forms of parliamentary scrutiny. The Scottish Parliament already lacks the ability to gather information independently – it tends to rely on bodies such as the Scottish Government to provide that information. It does not get enough information from the Scottish Government about what is going on locally. Scotland lacks the top-down performance management system that we associate with the UK Government, and a greater focus on long term outcomes removes an important and regular source of information on public sector performance. Local and health authorities also push back against calls for detailed information. More devolution to local authorities would exacerbate this tension between local and national accountability.

Local decision-making also has the potential to change the ‘subsystem’ landscape. Currently, most Scottish policy is processed by civil servants who consult regularly with pressure participants. Most ‘lobbying’ to the Scottish Government is done by (a) other parts or types of Government and (b) professional and interest groups. Civil servants rely on groups for information and advice, and they often form long term, efficient and productive relationships based on trust and regular exchange. When policy is made at the Scottish level, those groups organise at the Scottish level. The Scottish Government is a key hub for policy relationships; it coordinates networks, referees disputes, and gathers information and advice at a central level. One consequence of devolving more power locally is that these groups must reorganise, to shift from lobbying one national government to 32 local governments. Such a shift would produce new winners and losers. The well-resourced professional groups can adapt their multi-level lobbying strategies, while the groups working on a small budget, only able to lobby the Scottish Government, will struggle.

Such developments may prompt discussions about three types of reform. The first relates to a greater need to develop local participatory capacity, to take on the functions performed less by these national organisations. For example, the ERS Scotland’s suggestion is that more local devolution could produce a more active local population. Even so, we still need to know more about how and why people organise. For example, local communities may organise in an ad hoc way to address major issues in their area as they arise; to engage in a small part of the policy process at a particular time. They do not have the resources to engage in a more meaningful way, compared to a Parliament and collection of established groups which maintain a constant presence and develop knowledge of the details of policies over time.

The second relates to governance reforms which focus primarily on the relationship between elected local authorities, a wide range of unelected public bodies, and service users. There is some potential to establish a form of legitimacy through local elections but, as things stand, local authorities are expected to work in partnership with unelected bodies – not hold them to account. There is also some scope to develop a form of user-driven public service accountability, but separate from the electoral process and with an uncertain focus on how that process fits into the wider picture.

The third relates to parliamentary reform. So far, the Scottish Parliament has not responded significantly to governance trends and a shift to outcomes-focused policymaking. Its main role is to scrutinise draft Scottish Government legislation as it is introduced. Its committees devote two to three months per year to the scrutiny of the annual budget bill. In general, this scrutiny has a very narrow focus, with a limited emphasis on pre- or post-legislative scrutiny, and its value is unclear. It has the potential to change its role. It can shift its activities towards a focus on Scottish Government policy in broader terms, through the work of inquiries in general and its finance and audit functions in particular. However, its role will remain limited as long as it has a small permanent staff. The devolution of greater responsibilities to the Scottish Government, without a proportionate increase in Scottish Parliament research capacity, could simultaneously enhance and undermine the Scottish Parliament’s powers.

The Smith Commission provides a brief ‘window of opportunity’ to consider these issues of governance, participation and accountability – and how these problems may be exacerbated by the devolution of greater powers. We face the possibility of a Scottish system, in which we already struggle to hold policymakers to account, taking on more responsibilities without a proportionate increase in accountability measures. For example, the Scottish Parliament will have to scrutinize more activity with the same, limited, resources.

The Smith agenda should already prompt us to consider how powers would be used if they were devolved. This is not about the different policy decisions that each party would make with extra powers, which Smith has, appropriately, decided is outside of his remit. Rather, it is about how, for example, new tax and welfare powers interact with already-devolved powers over public services – such as when the devolution of relevant taxes and housing benefit can be linked to housing policy.

Similarly, it is difficult to consider the devolution of greater powers without considering how they will be used – and what effect more devolution would have on Scottish democracy. People already struggle to know who to hold to account in a relatively simple system in which there is a quite-clear list of devolved powers and tax/ welfare powers stay with the UK. We should think more about how we can understand a further devolved system, in which powers are shared across levels and, for example, ministerial accountability to parliament may only scratch the surface of a complex accountability landscape. This aspect of the process may, in principle, appear to be beyond the Smith remit but, in practice, there is no way to separate the long-term constitutional question from the day-to-day democratic question.

I discuss most of these issues in this paper: Cairney Political Quarterly workshop 23.10.14

See also: Public Lecture: ‘Will life go on after the Scottish Independence referendum?’

END_OF_DOCUMENT_TOKEN_TO_BE_REPLACED
Brexit
Independence and the Union