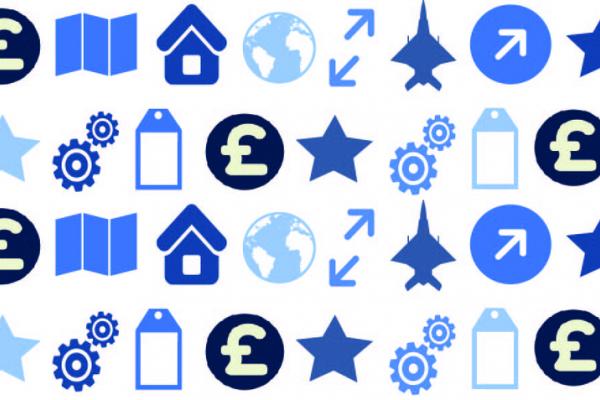 Scotland's Decision: What sort of Scotland?

This week, we are highlighting the contributions of our fellows to Scotland's Decision: 16 Questions to think about for the referendum on 18 September.  Today’s topic is the what sort of Scotland might we see post referendum? The book is available as a free download.

Thinking about ‘what sort of Scotland’ we might see after the referendum, our experts explore the following:

Stephen Tierney sees two big sets of questions around the making of a Scottish constitution, the first determining what kind of country Scotland becomes if it votes Yes, the second determining the legitimacy of the whole process:

Casting a critical eye over Scottish Government proposals on content and process, Tierney offers some answers:

“The drafting process for a new constitution should engage with the general public as much as possible – taking seriously public opinion on a range of issues – so that the process is genuinely popular rather than elite-driven.”

And commenting on the possibility that a new constitution could include detailed provisions on social and economic matters and issues like nuclear weapons, he adds:

Kirstein Rummery and Craig McAngus start by looking at the Scottish Parliament’s record so far on welfare, noting:

“In the areas where Scotland has had control over social policy, there are some indications that it favours a universal over a targeted approach to welfare. Policies such as universal access to free personal care, free prescriptions, and free higher education are designed to create social cohesion, although they do disproportionately benefit the well-off over poorer sectors of society. They are also designed to avoid the stigma associated with accessing welfare.”

They note that the Yes side has made a “case for a vision of social and welfare that is a departure from the Westminster model”, including the commitment to universalism and to addressing gender inequalities. They disagree with Tierney by arguing that:

“If principles designed to tackle this are not enshrined in the constitution [Scotland] will struggle to address this. A Yes vote would potentially offer the nation an opportunity to create a more socially just society than it would if it remained in the UK, but this depends heavily on the constitutional settlement that is agreed – not everyone in Scotland is committed to social justice and universalism.”

A No vote will see the “central pillars of the social security system stay at the UK level.” At that level “the current language of ‘welfare dependency’ versus ‘hard working families’ makes it clear that Westminster favours creating disincentives to use state services and benefits wherever possible.”

They note that “the Scottish Government has been keen to stress that pension rights and benefits will not be affected by independence”. They see “no obvious reason why the conditions around any of these should change radically on independence”. Rather:

“The main long-run pension challenge is their affordability as the population ages. This is a challenge regardless of the constitutional position, although it is slightly more acute in Scotland than in the rest of the UK.”

In the case of a Yes vote they note that:

“…the challenges posed by an ageing population are likely to require some combination of increased contributions and/or general taxation in order to fund existing liabilities. Although this challenge will exist whatever the constitutional position, the affordability challenge is likely to be more acute for Scotland than it is for the rest of the UK.”

“The UK Government has developed an increasingly restrictive stance towards immigration, arguing that too many people coming in has strained social cohesion and put pressure on wage levels and public services. In contrast, the Scottish Government wants to attract more migrants to Scotland – particularly the highly-skilled – for both demographic and economic reasons.”

So if there were a Yes vote, Scotland “would likely enact a less restrictive set of immigration policies than those of the current Westminster government.” Indeed (and connecting to Bell and Eiser’s points about the affordability of pensions):

“Scotland is much more reliant than other parts of the UK on immigration in order to keep its population stable or growing. Scotland’s population is also ageing more rapidly than the rest of the UK’s, meaning that immigration may play a particularly significant role in boosting the population of working age people relative to retirees.”

By contrast, the UK Government’s contributions to the referendum debate have focused on “the difficulties of implementing a more open immigration system in an independent Scotland that shares a border with the rest of the UK, and the potential clash with UK interests and preferences”, in particular “the stated intention of the Scottish Government to remain within the Common Travel Area (CTA) that currently binds the whole UK with Ireland”.

However, McCollum and Blinder argue that “even within the UK, Scotland could operate a more distinctive immigration policy by varying the incentives allowed in the present points-based system to encourage high-skilled migration to Scotland.”

Differences in immigration policy in other words do not necessarily require border controls. This suggests that:

“…the likely level of autonomy for Scotland’s migration policy is not fixed but would be the outcome of political negotiations, either in independence or in continued union.”

END_OF_DOCUMENT_TOKEN_TO_BE_REPLACED
Brexit
Independence and the Union