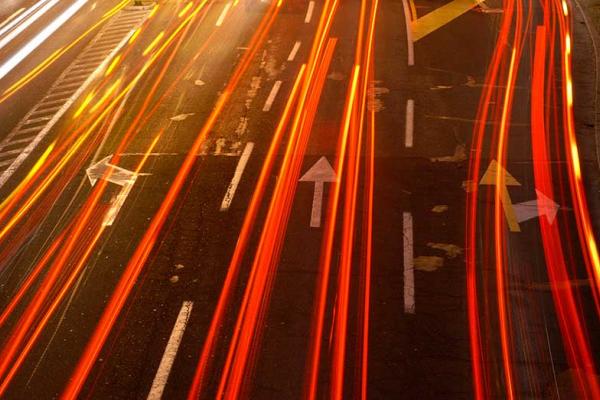 Is Labour Getting EVEL?

The Labour Party last week issued a pre-emptive strike on today’s proposals from the government on devolution to England. Charlie Jeffery, a co-author of the Future of England Study and former member of the MacKay Commission, suggests that it may be a case of ‘too little, too soon’ if they allow the Conservatives to take ownership of the issue.

Last Friday two Labour shadow cabinet ministers, Hilary Benn and Sadiq Khan, slipped out a proposal on constitutional reform in England. Not many will have noticed. It was published on the PoliticsHome website and received little coverage on conventional media. It was, perhaps, a gentle piece of kite-flying, setting out some kind of response to David Cameron’s pledge back on 19 September to introduce English Votes on English Laws (or EVEL as it is becoming known) on the morning after the Scottish referendum. It also served the purpose of establishing a Labour mark on the territory of the EVEL Command Paper published for the coalition by William Hague today.

EVEL is now the generic term to cover various ideas on how MPs from England could be given a privileged, or in some versions, exclusive role in deciding laws that affect England only. The aim is to balance devolution outside of England with an institutional recognition of England within the UK Parliament.

The Benn-Khan proposal suggests something like EVEL-lite: Bills applying to England only would get a committee stage in the House of Commons in which only MPs from England took part. But after that standard legislative procedure would kick back in, with all MPs involved and the whole House deciding on the fate of the Bill. This, they argued, would prevent what full-blown EVEL implies: the creation of two ‘classes’ of MP, with non-English MPs relegated to second-class status, shut out from part of the statute book.

So what do we make of all this? It could be quite significant. Despite the prompting of some influential figures like John Denham and Jon Cruddas, Labour has shied away from thinking about constitutional change for England that tales England as a whole as a political unit, as EVEL does. Labour’s instinct has been to look to regionalisation within England, initially John Prescott’s aborted project of introducing elected regional assemblies, more recently city-region devolution inspired by the example of local authority cooperation in and around Manchester. It has done so in the face of a hefty weight of evidence which shows that:

Why Labour is taking so long to adjust to this evidence is clear enough. For a long time it has looked at constitutional reform in England through the lens of its political strength in Scotland. Labour has long returned 40+ MPs from Scotland. And as Labour’s strength in England has waned from the 2005 UK election onwards those 40+ MPs look increasingly like an indispensable foundation for a UK-wide majority. So any reform in the House of Commons which removed the voting power of Scottish Labour – as full-blown EVEL would do – has been a no-go area.

The disguised implication, of course, was that Scottish lobby-fodder would, if needed, be used to shore up an overall Labour majority in a scenario where Labour lacked a majority in England. We saw a variant of this in the pleas of many left-leaning figures in England during the Scottish referendum debate for the Scots to vote No, because the good people of England would otherwise run a greater risk of being governed by Conservatives. In either variant Scotland’s purpose, it seems, was, if the need arose, to frustrate the will of the English majority in the interests of the English left.

That position was always one of dubious credibility. It has now been exposed as quite possibly redundant as Labour’s traditional strength in UK elections in Scotland looks under threat post-referendum. Most post-referendum polls suggest Labour could lose many, if not most of its Scottish seats to the SNP. But then that makes EVEL look less threatening to Labour if it can no longer rely on its Scottish bonus. And it opens up the opportunity, as John Denham has for some time argued, for an English Labour to assert itself and begin contesting elections in England around a distinct English platform.

So is Benn-Khan fit for that opportunity? Well perhaps not yet. It is a mild form of EVEL that may not stand up to scrutiny alongside the fuller-blooded variants published by Hague today, especially if a wider public debate about EVEL takes shape in the coming months. And there is not much sign that Denham’s views are yet mainstream views in the party. Many still see EVEL as a less palatable reform alternative than city-regional devolution. What they might better be seen as is two parts of a reform debate: EVEL focused on bridging what is now a clear democratic deficit in England; and city-regions as a lever for economic rebalancing in England away from the dark star that is London.

There is a potentially attractive package there – democratic plus economic rebalancing in England. Perhaps the danger for Labour is that the Conservatives take ownership of that package before they work out what to do about England, with a mix of Hague’s EVEL and Osborne’s northern cities setting the agenda, and crowding Labour out of it.

Brexit, the Irish border and Coronavirus

END_OF_DOCUMENT_TOKEN_TO_BE_REPLACED
Independence and the Union

Small States in the Modern World: Opportunities and Vulnerabilities

END_OF_DOCUMENT_TOKEN_TO_BE_REPLACED

RT @commonslibrary: Looking for expert and impartial analysis on the impact of #COVID19? We’ve put all our #coronavirus briefings in one p…

RT @UKandEU: It’s a mistake to think that parliament is just about making laws & holding votes. A lot of the time, its about having convers…

RT @j_sijstermans: In its opposition to the Belgian emergency government, the Vlaams Belang continues to push against the cordon sanitaire…