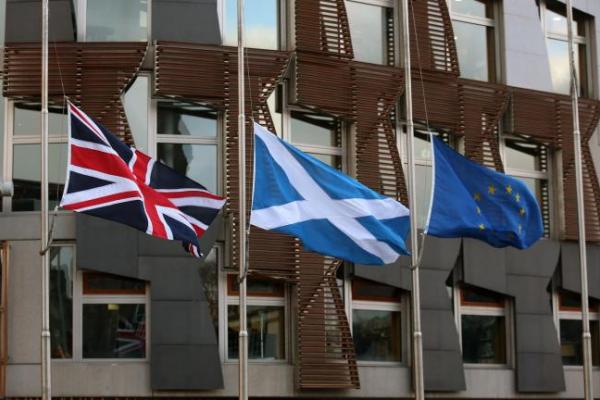 In 2016, it appeared that things were finally beginning to go right for the Scottish Conservatives. They had a popular leader (Ruth Davidson), a message that seemed to resonate (protect the Union), and were facing a government showing some of the wear and tear of being in office for nearly a decade. They achieved a gain of 16 seats at the Holyrood elections that year and overtook Labour to become the second-largest party in the Scottish Parliament. However, in June the UK voted to leave the European Union. The Scottish Conservatives are still dealing with the aftershocks of that decision.

First, having argued forcefully against Brexit, Ruth Davidson and the majority of Conservative MSPs had to find a way to live with it and make it compatible with their commitment to the Union. They were, therefore, forced to defend the UK Government in negotiating an EU withdrawal that they, and most Scots, did not want. Theresa May’s failure to do so, and her replacement with Boris Johnson makes this job even harder. Although Johnson’s attitude to public spending probably makes a better case for the Union, his pursuit of a cleaner break with the EU and his poll ratings in Scotland make life even more uncomfortable for Scottish Conservatives.

Second, implementing Brexit forces the constitution onto the agenda in a manner that is deeply unhelpful for unionists. In 2016, the UK and Scottish Conservatives had basically reached a practical accommodation with devolution: still no over-arching ‘federal’ solution but a strong commitment to further devolved powers when necessary, and pragmatic working to resolve problems. This devo-pragmatism is no longer possible. The problem is that leaving the EU exposes gaps in the UK constitution that need to be filled and many of them are in highly contentious areas.

The latest flashpoint is the need to create a UK ‘single market’ to replace the EU one, for example. The UK Government is highly reluctant to concede any measure that would require it to seek the agreement of the devolved legislatures in order to proceed with Brexit policy-making (a longstanding feature of the British constitution); the devolved SNP Government is of the view that such mechanisms are an essential part of a multi-national state. They also point out that when the Scottish Parliament disagrees, the UK Government simply goes ahead anyway. This sets the stage for frequent clashes that place the Scottish Conservatives awkwardly in the middle.

In 2021, therefore, it will be difficult for the Scottish Conservatives to revive their winning formula from 2016 (popular leader, no second referendum, better opposition than Labour). Their popular leader has gone and arguing that Scots need to vote for them in order to prevent a second referendum risks legitimising the case for such a referendum if there is a pro-independence majority in the Scottish Parliament in 2021. Preventing that (rather than aiming for Douglas Ross to be First Minister) is probably the best the Scottish Conservatives can hope for. But Brexit is still a minefield of knotty, cross-cutting public policy issues that require negotiation between the UK and devolved governments. These arguments have a tendency to place the Scottish Conservatives on the back foot.

END_OF_DOCUMENT_TOKEN_TO_BE_REPLACED
Brexit
Independence and the Union