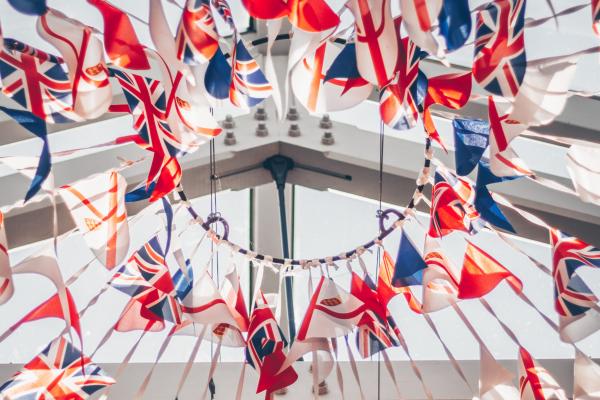 Published: 5 February 2020
Author: Michael Kenny
Brexit and the Union
The nature of devolved parliaments in the UK

England's regional governance is going to become more prominent in policy terms because of the implications of Brexit. But what to do about devolution in England? Michael Kenny states that the new UK Government will have a challenge navigating territorial tensions.

The UK’s departure from the EU and the decisive election result achieved by the Johnson government in December are powerful reflections of – and catalysts for – the re-emergence of questions about the governance of England and its regions.

The new government has a clear political interest in devising a policy programme that delivers tangible benefit to those parts of the country where it breached Labour’s ‘Red Wall’. Most of the Conservative’s 48 net gains in the 2019 election were in the North East, North West or Yorkshire & the Humber. Much of the substance of its policy agenda for these areas is still to be determined, but it will very likely give priority to some significant infrastructure and transport investments. Heady talk about increases in capital expenditure masks the key question of whether the government will be able and willing to tailor new investments to people and services in so-called left-behind areas or poorer regions.

Just as importantly, it cannot afford – for political and policy reasons – to focus all its energy on these regions to the detriment of others. Many of its core supporters live in other, more rural, parts of the country, and, despite losing some seats in London and the South East, the Tory party performed strongly in places like Essex, Kent and the South West. And, in policy terms, it is hard to overlook the need for investment and improvements in transport, infrastructure and housing of significant parts of the East and South-West of England, as well as Northern areas.

England’s regions are therefore going to be more prominent in political and policy terms, and their governance may well become an issue as well. Regional government in England has turned into a low-level political football between the two main parties from the late 1990s. Successive administrations have failed to devise a coherent model for devolved governance which would align functional efficacy, coherent economic geography and a jurisdiction which maps broadly onto a shared place identity. The new government inherits a half-built tier of city-regional and combined authority devolution. Parts of it – for instance Greater Manchester– are becoming increasingly established, while several other authorities are struggling to establish their reputation and effectiveness.

What to do about devolution within England is bound to preoccupy the new administration. The central state has a limited ability to deliver and oversee the kinds of tailored, contextually specific, interventions which the regional productivity challenge requires. And so the UK Government will have to decide if it needs a larger number of functional authorities sitting between it and local government.. These could co-ordinate and manage some of the key policy levers, including local industrial strategies, the new shared prosperity funds, and the planning of transport and infrastructure. Extending the half-developed current model will not be easy and will require difficult bilateral negotiations with relevant local stakeholders. This includes areas where such efforts have so far delivered little, sometimes because of the government’s own intransigence, as in the case of the fraught negotiations over the ‘one Yorkshire’ devolution deal.

Some of the different institutional and constitutional reform ideas which the new administration appears to be contemplating are also likely to push questions about the representation of the nations and regions to the political surface. Bullish noises about moving government departments outside London, and perhaps even relocating the House of Lords, are intended to signal a new-found commitment to the English regions. More substantively, the on-going review of the UK’s creaking machinery of inter-governmental relations, conducted within the Joint Ministerial Committee review process, is likely to render more salient the question of who represents England’s interests. Can a new system of inter-governmental decision making be deemed legitimate while the UK Government acts as both the referee of this bargaining game and the protector of England’s farmers, fishermen or manufacturers?

As has been widely observed, Brexit has the potential to place even greater strain on the UK’s territorial constitution. And, while pressures upon the domestic union have been growing for some considerable while, the dissatisfaction and dissent emanating from all parts of the Kingdom make this a uniquely challenging moment for the union. Whether the incoming government can navigate its way through the territorially-rooted storms that lie ahead, while delivering a coherent programme of reforms and policies for some of the ‘forgotten about’ parts of England, is now one of the most important questions in British politics.


Read our latest report with UK in a Changing Europe 'Brexit and the Union' discussing some of the issues Brexit presents for the UK's territorial and constitutional future.

Will ‘British values’ keep us together?

END_OF_DOCUMENT_TOKEN_TO_BE_REPLACED
Independence and the Union
Attitudes and Behaviours